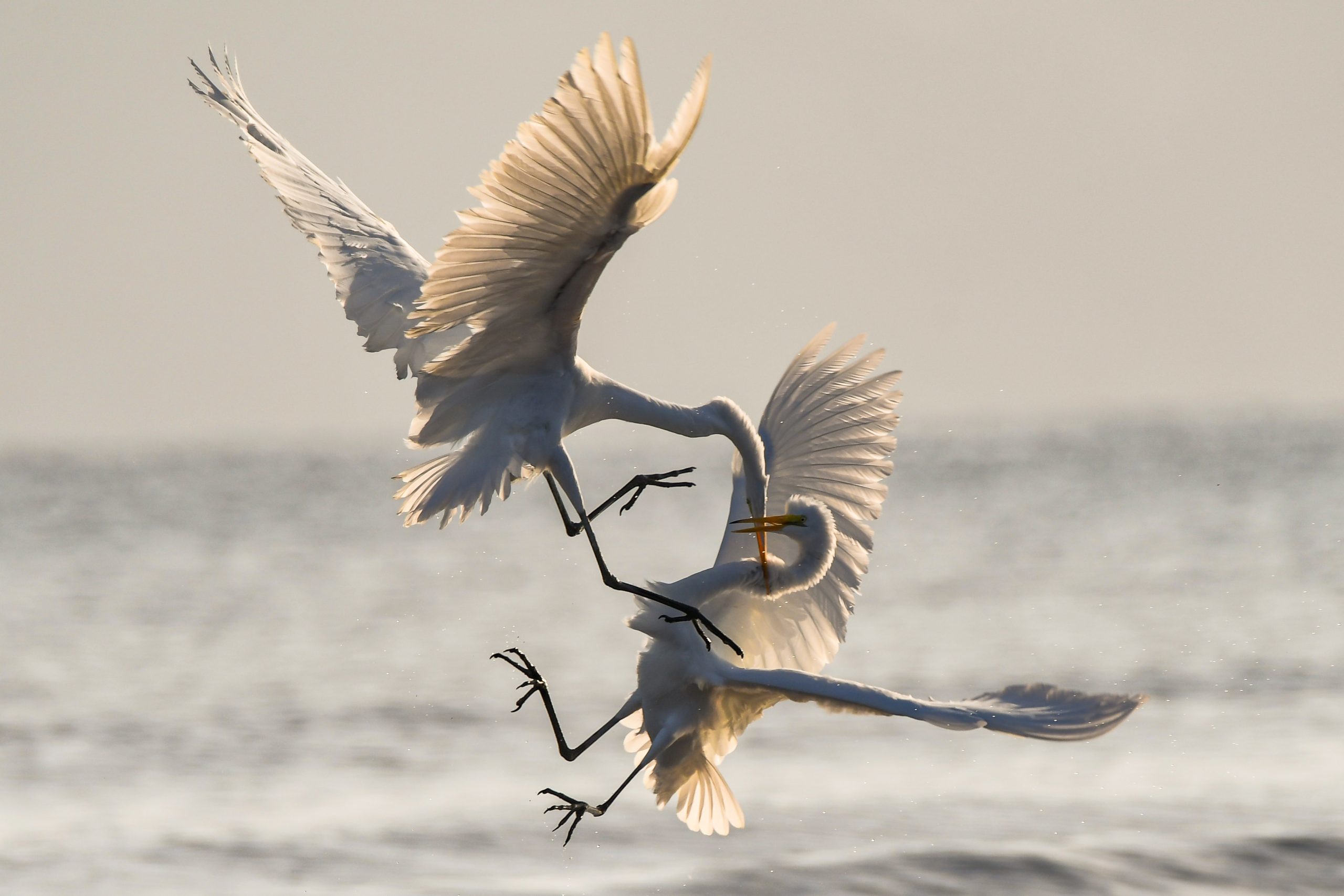 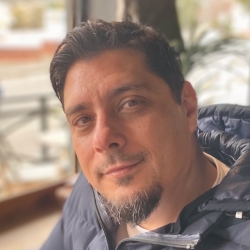 Something was off in Genesis 6.

This whole thing about the “sons of God” taking wives from the “daughters of man” drew a strong reaction from Yahweh. When this started to happen, he said “My Spirit shall not abide in man forever, for he is flesh: his days shall be 120 years” (Genesis 6:1-4).

We need get to the bottom of this:

These questions have bedevilled (pun intended) Bible readers for millennia. Genesis 6:1-4 draws a distinction between the Sons of God and the Daughters of Man, but what kind of distinction is it? Over the years, three main theories have been developed:

Hope this makes sense so far… we are going to unpack the first two contenders in this post.

Until the time of the Apostles the prevailing view was that the Sons of God were angelic beings, and the Daughters of Men were… well… human daughters of men. While many churches still hold that view today, others take the Contender 1 view: the sons of Seth married the daughters of Cain.

Julius Africanus was a historian who lived in 160-240 AD, and as far as we can tell he was the first person to explicitly write about this interpretation in his book History of the World.  However, it was Augustine of Hippo who propelled this view into mainstream Christian thought during the 4th century AD. Augustine was a philosopher and Catholic scholar during this time, and had (and still has) a great influence on Christian thought. He found it very hard to believe that angels would fall form grace because of a lust for human women, or the need to beget children.  Additionally, he held contempt for any of the books that were written in the 400 years between the two Testaments (also known as the Second Temple Period). The Sons of God were generally equated with the angelic beings in these writings, and we will dig into that a bit later.

You might know of the Reformation which started in the 1500s, when the Protestants broke away from the Catholic church and is where most of today’s non Catholic churches come from. Martin Luther and John Calvin, two very influential leaders during this time, both adopted Augustine’s views in their own writings. It came to be accepted as de-facto Evangelical opinion on the matter.

What was the sin?

In this view, the offence against God is the unlawful intermarriage between men who should have stayed holy in God’s sight and women who had a disregard for Yahweh. In the New Testament the Apostle Paul advises Christ followers not to be yoked with unbelievers (2 Corinthians 6:14), and the situation back in Genesis was similar to the one in Corinth.

Why I don’t believe this view

A number of problems exist with accepting this explanation.  Let’s go back to Biblical times before the middle ages and before the early church and let’s ask a few questions.

Firstly, was Seth and his children ever referred to as a special ethnic group associated with with the Sons of God anywhere in the Bible? The answer is no. The only time we read of God making a special covenant with an ethnic group is with Israel via Abraham, and that only happens thousands of years later (Genesis 12:1-3).

Second question: is there any good reason to associate the “daughters of men” with Cain only? No. Ironically, it will be easier to argue that “daughters” are associated with Seth, since the only reference to the birth of daughters in Genesis 5 is in the line of the Seth. But it will still be a terrible argument.

Last question: is the notion of a “godly line” vs. an “ungodly line” in the human population supported in Scripture? Again the answer is no, and this idea seems forced. We could perhaps think of Israel in this manner, but the covenant with Israel has nothing to do with it being “godly”. On the contrary, God’s love is often made more evident because he remains faithful while Israel is continuously unfaithful (and ungodly). This is also true for individual believers today.

We are all created to “image” God on earth, but we all have the same fallen nature. Why would Seth’s line be exempt from this and Cain’s not? Short answer: it wasn’t.

Ok to remind you, in this theory we are dealing with those who thought themselves superior to the point of godhood.

Some Jewish Rabbis in the 2nd Century AD liked this view. A well known Rabbi at the time (Simeon ben Yohai), started to argue that the Sons of God should really be translated as “Sons of the Nobles” and he then proceeded to put a curse on anyone who interprets the term to mean “Sons of God”.  The main reason for the original translation as “Sons of God”, he taught, is because these “rulers” enjoyed very long life spans.

What was the sin?

Over time other Rabbis built onto this view and suggested that the actual sin in question was that the Nobles enjoyed their subjects’ brides before their bridegrooms on their wedding nights.

Some rabbis allegorised the passage and taught that the phrase in Genesis 6:2 “they were beautiful” really meant that “they took virgins”.  “They took wives for themselves” meant “they also took women who were married already” and the phrase “whomever they choose” meant “they further indulged in homosexuality and bestiality”.

As you can see, the interpretations get a bit weird.

Polygamy, tyranny, the perversion of the justice of God and the failure to look after creation with care and respect have also been nominated as possibilities for what this sin could be.

Why I don’t believe this view

I have to shake my head a little bit after reading that, but let’s regain our composure and get back to Scripture with our questions.

Firstly, is there anywhere in the Bible where people are called “Divine Kings” or anything similar? No.

Secondly, where do all those allegories and weird interpretations come from, and how are they linked to the Sons in Genesis? Frankly, it’s a bit of a mystery. Certainly not from the Bible.

Lastly, is there perhaps a place where the Bible calls humans, or a group of humans, the Sons of God? Well, kind of. For example, Israel is called God’s “first born son” (Exodus 4:22). But in Genesis 6, the nation of Israel is still quite far away, so that doesn’t work and would make no sense in our context.

Anywhere else? Well, a group of “persons” is being called “sons of the Most High” in Psalm 82. However, these persons are not human. They refer to members of the divine counsel, a group of spiritual beings we also read about in other places like Daniel 7:9-10 or 1 Kings 22:19-23. Therefore, the use of Psalm 82 is not a good option to support this view either.

These first two options just have too many exegetical holes in them. So what about the third option, where the Sons of God are beings from the spiritual world and the Daughters are human? Let’s deal with that in the next post to allow for some broader discussion.

I have summarised the first two views and also shared why I don’t think they hold much water. There are longer and more technical data behind these explanations and defences as well. If anybody is interested we can continue discussion in the comments or I can point to more technical resources.

Remember, although the Nephilim, giants and Sons of God are a really interesting topics, the real purpose of this seres is to help reading the Bible better, show how the Bible is coherent in its different parts, and that it is important to try to get back into the minds of the authors of the Bible so that we understand it better too.

By the way, if you are interested in becoming a bit more serious in your Bible reading, investing in good commentaries will help. The Tyndale series is a great one to start with – they’re very readable, well respected in Evangelical circles, non dogmatic and inexpensive. An alternative is to use a good Study Bible, like the free Faithlife Study Bible or the ESV Study Bible

2 thoughts on “Sins of the Fathers (Giants part 2)”