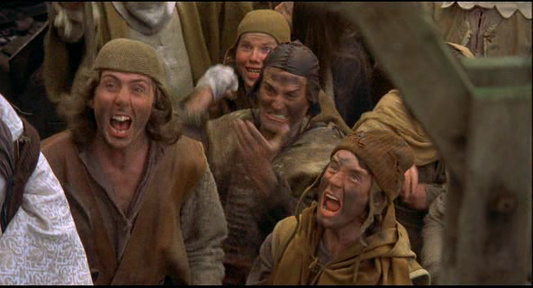 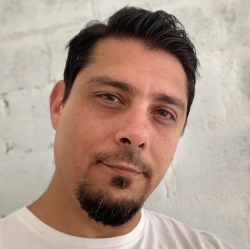 I keep track on some of my oldest friends on Facebook, and on Sundays that’s where I go to church these days. My kids posts really cool photos on Instagram every now and again, so I am on there. I went onto Pinterest to follow my wife’s ideas about home decor when we were renovating our house. Twitter I ignore almost entirely. There are only so many hot-under-the-collar moments I can endure before having my day ruined.

Distraction management is not what I wanted to write about in this post, though it is a keen point of interest of mine at the moment. I am reading through The Ruthless Elimination of Hurry, and John Mark Comer helped me realise that taking control of social media and other distractions is so important for us to get to a more restful inner space.

Today I want to write about something that bothers me – something I saw on Facebook recently: the unpleasant tones often adopted by some of my fellow Christ followers when they post on social media, especially when offering criticism at the authorities who are having to deal with the Covid-19 crisis.

Do I really want to say something about this very controversial topic? Is it wise to say something bad about my own tribe (Christ followers) in a public forum where everybody can read it? These were, and are, thoughts I am wrestling with as I write this. But as I said in Paul not the apostle, this site’s purpose is to think through living modern life through my Christian worldview. And this is something that bothers me. If it bothers me, it probably bothers other fellow Christ followers. And if it bothers them, maybe it bothers some of my non-Christian friends who read these posts too.

So for the moment, not without some reluctance and doubt I might add, I continue.

These kinds of posts might not necessarily be of a religious nature itself, but something in the post or in the comments section will make it clear that we are reading the opinions of people who believe in God.

A typical example of the above-mentioned unkindness came because of the government’s current mixed messaging on the level 4 lockdown restrictions, something that confuses and angers many of us.  And not without reason, chances are that Jacques Pauw is likely onto something – he habitually is.

Some of the criticism on the government might have been warranted, but I felt it ignored a lot of nuances in the current political situation. There also seems to have been an intentional, almost dogged refusal to acknowledge anything positive about the role players in this drama, whether they have deserved it or not.

Furthermore, posters in this situation rarely stop at criticising their targets – they typically continue to express disbelief in how others (especially other Christians) can’t interpret the world exactly as they do.

Let’s temporarily leave Facebook alone for a while, and turn to the Scriptures.

I am reading through the books of Samuel in my quiet time at the moment. Samuel was a great prophet and the last Judge of Israel before the nation entered the era of kings. The books tell Samuel’s story, and that of Saul and David. If you are unfamiliar with the Bible and think all it contains is lists of genealogies or endless rules, read these.  Beautifully written prose, interesting story line, intrigue, action, heroics and a wonderful view of God’s movements both in nations and in individuals.

God’s movements in both nations and individuals.

God’s movements in both nations and individuals. Just like today.

In these biblical stories of Samuel, Saul and David, God works through both people’s strengths and weaknesses. What often hits me when reading Scripture is the lack of sugar coating I find there. The writers are honest about those strengths and weaknesses, about people’s achievements and their failings, about their acts of valour and their cowardliness. For example, Samuel is clearly one of the “goodies” in the story (1 Samuel 2:21), but we still read that he was a poor father, allowing his sons to be as corrupt as Eli’s sons were (1 Samuel 8:3). Eli was the man who raised Samuel, yet Eli’s own sons took advantage of women and stole people’s money. Sadly, Samuel’s sons were not much different, they “took bribes and perverted justice”.

Notice that the Bible records Samuel’s failings, along with his successes.

Saul is another example. He did a lot of glorious things for Israel. He fought many good battles and freed Israel from Canaanite dominance (1 Samuel 14:47-48). He established a unifying bond across all the Israelite tribes. He helped change the common philosophy during the time of the Judges where everyone did what was right in their own eyes (Judges 21:25).  But he ruined his own life by panicking, trusting the wrong people, mistrusting the right ones, and ignoring the counsel of Yahweh.

Yet David, who was hunted, insulted, cheated and mistrusted by Saul still wrote a beautiful eulogy (2 Samuel 1:17) about those glorious things Saul did for Israel despite his dismal failings later in his life.

Again the Bible records both the good and the bad about Saul.

And what about King David himself? David, the great boy hero, giant slayer, faithful poet, warrior king, inspiration to many, and the bar setter for all kings who came after him. Yet why do we know about his adultery? His dastardly puppeteering to kill one of his star soldiers so he can gain Bathsheba as his wife and hide the fact that he already made her pregnant?

We know it because we read it in the Bible.

The Bible recorded this.

So what’s the point of it all? What in the world does David’s shady dealings have to do with some arbitrary person’s idle Tuesday Facebook post?

Simply this: should we not also, as followers of Christ, be more balanced, patient and kinder even in our criticisms? Should we not also try to be fairer and more sympathetic in our armchair solutioning of the problems we face in our less-than-ideal South African context? Should we not follow the tones in Scripture and be big enough to acknowledge peoples’ positive as well as negative aspects, decisions and actions without necessarily hiding our grievances? Paul once told the Colossians to walk in wisdom toward outsiders, with speech of graciousness seasoned with salt, knowing how to answer each person (Colossians 4:5). Might that advice apply to us too?

So let me end this post by eating my own dog food. Is there anything good I can say about those social media posts which pushed me to write this blog post in the first place? Definitely.

I can say this: they were actually really thought provoking. I think some of the critique leveraged at the group in question was spot on. It certainly gave me an alternative perspective on how to read the situation around me.  I am sure their intentions behind those kinds of conversations come from a deep conviction to be true to their faith and to honour God in the process, a quality which I admire.

And it made me ponder how to live in this modern life through my Christian worldview. So for that I would like to thank them.

Paul is the creator of Under The Tamarisk Tree. Click here for a bit more info.

This article has 7 comments